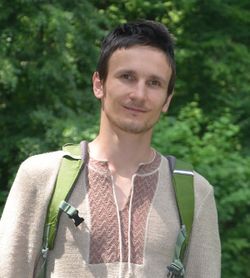 I am the creator, designer, and developer of Prana Breath, Time Planner and Magic Intuition apps.


I've been in love with coding since I was 15. That time I've discovered the opportunities of Linux, and even tried to make my own distribution of GNU/Linux. Since then I tried myself in various areas of development: web, game and Android. As every newbie, I've created a few small games that just take some megabytes on my Bitbucket now. )


Quality, customizability and clean design are the things that I value in digital products most. Therefore when I don't find something I really need that meets those standards, I just make a brand new app ) That's actually why I started to make my own apps as an indie-developer.


I've been working on my first Android app, Prana Breath, in my free time, when I was a payed employee. A few months of work – and in June 6th 2015 Prana Breath 1.0 was released! Later on, as the users kept asking me for some time-consuming features, I decided to implement Guru version, a payed version of the app, so I can have some financial support to devote more time to this project. I don't like all of those annoying ads and don't want to make money forcing users to get rid of the ads. In a few months after Guru version had been implemented I was able to leave my regular job and to devote all my working time (about 11 hours a day) to my projects.


I use my own products daily, and my “to-implement-lists” are that huge that I wish I had 48 hours in a day ) The users of my apps all over the world keep adding more ideas, as well as the inspiration for my work. If you have read that far, thank you! )